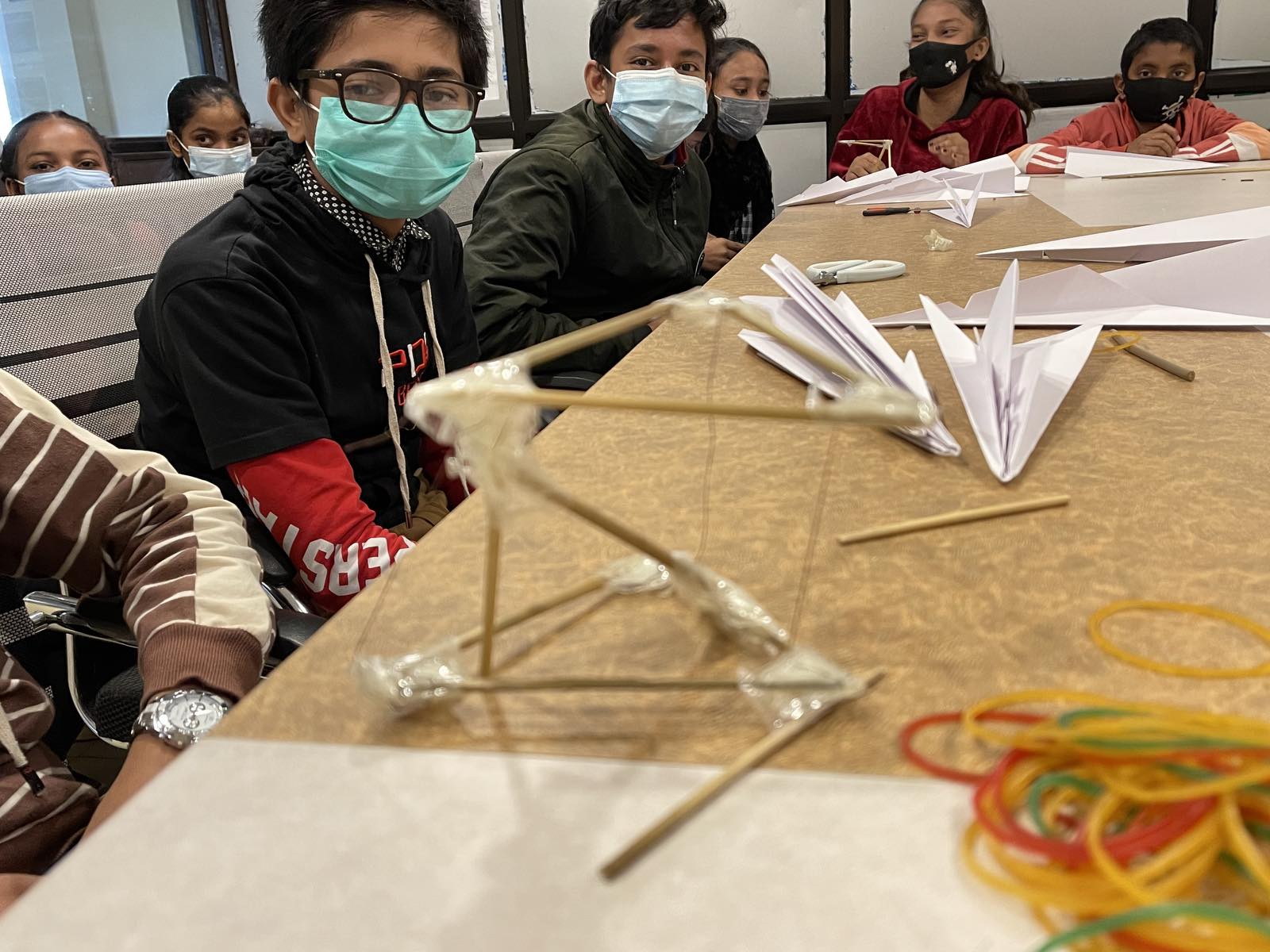 During the spring of 2021. on my second year in high school, we had an assignment for the technology class: write a report about a chosen subject focusing on technology. I chose to collaborate with Engage Nepal with Science to develop a couple of experiments that could create an interest in technology for students in Nepal. Because of the important work that Engage Nepal with Science does, helping and teaching students about STEM (Science-Technology-Engineering-Mathematics), I thought it would be a great opportunity for me to learn new things while at the same time teach other students something I am interested in, which is technology. I therefore decided to develop three different experiments and wrote a report about how I had developed them. The experiments I developed  were called ‘Spaghetti Bridge‘, ‘Helicopter of Paper‘ and ‘Drop an Egg!‘. Like the titles suggest, the students were supposed to build a spaghetti bridge in the first experiment, build a helicopter of paper in the second experiment and build a vehicle for an egg that was being dropped in the third experiment. 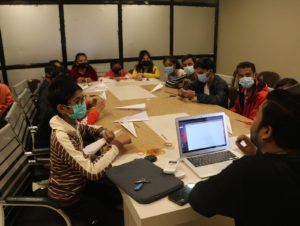 In the Swedish high school, every student has to write a final report, a big examination to show that they are ready for a job or for higher education. I had really liked to develop experiments in the spring of 2021 and to cooperate with Engage Nepal with Science and therefore I chose to continue working with them developing more tech-experiments. The experiments I developed the second time were called ‘Build a Paper Plane‘ and ‘Tensegrity Structure‘. In the experiment called ‘Build a Paper Plane’ the students had to build a plane made of paper and launch it into the air using a rubber band. In the experiment called ‘Tensegrity Structure’ the students had to build a tensegrity structure using sticks, thread and tape. A tensegrity structure is something that may look impossible at first, but thanks to gravity and forces of the strings, the two pieces are able to ‘float’ in the air. I chose these experiments because I thought they would both teach the students how to build and construct different things, but also because I thought that they would be fun to perform. For each experiment, an instruction video, written instructions and questions to discuss about the experiment in the class were sent to a few schools in Nepal. The students that performed the experiments also filled out a feedback google-form about their experience and what they thought about the experiments.

In my final report I described the journey of this project, from idea to the final experiments, and I also compared the different experiments and what the students that had performed them thought about them.  I used the answers from the google-form to compare the experiments and to answer the two main questions I wanted to answer with my project: How can hands-on experiments create interest in technology for students in Nepal? and How can experiments be designed in the simplest and most educational way possible?. Some of the answers the students wrote as part of some of the questions on the feedback form were:

○ Everything can be a success if we try hard

○ I have learned some new and creative experiments which I had not done before.

○ today I learned many different things: for example how to convert waste material into new ideas, like a tensegrity structure

○ I liked how Linnea used her creativity to make a helicopter which help us learn about technology.

○ The best part of that workshop was that it made me learn new things: we can build things using thread and sticks and branches

○ I liked that it made us think creatively

I chose to work on this project because I thought it would be a fun and challenging experience, which it really was. It was fun in the way the report consisted of more than just research and a conclusions, I got to work with other people and create something real. It was really challenging because a lot of the material had to be written in English, which is not my first language, and this project was something that I had never done before regarding cooperating with people online and creating things for other students. I also chose to do experiments and work with other students because I thought that my previous experience from school could come handy and I also like to work with other people. 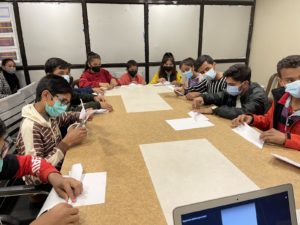 This project gave me a lot of new experiences, both about how to design experiments in fun and instructive ways, but also about time scheduling and how to write a report. It was interesting to prepare the experiments and to read all the answers from the forms. I am grateful to have had this opportunity to learn new skills and to have been able to teach other students on what I know and spread my knowledge. I hope that everyone I have been in contact with for the past one and a half years thanks to this project, have found this experience as interesting and rewarding as I have! 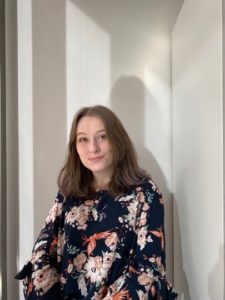