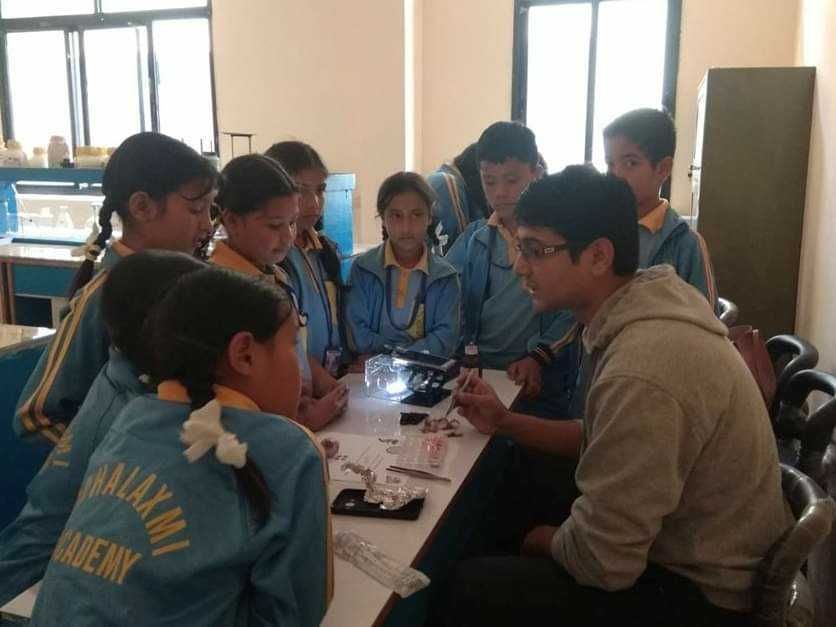 Seeing things with your own eyes is the best way to grasp most of what we learn and is one of the efficient tools to transfer knowledge. I believe there are lots of topics which can be visualized in life sciences and anything related to the human body is the first thing that fascinates students the most. The first time I heard about the School Learning Program conducted by Engage Nepal with Science in collaboration with RIBB, I was thrilled about it and glad that I was asked to be part of it. In October 2019 and March 2020 we took our workshop ‘Cells’ to Lubhu, a remote village which is close to the capital city. This project not only gave me the opportunity to interact with students but also a glimpse of a beautiful place untouched by unplanned urbanisation. Another interesting fact I noticed was that ‘Mahalaxmi’ is quite a popular name in that area supported by the fact that both schools I visited (twice) are named Mahalaxmi (both are community schools). 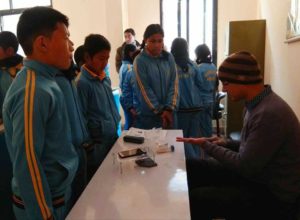 In both visits, we went to the lower secondary classes of Mahalaxmi Academy and Shree Mahalaxmi Higher Secondary School, each with around 30 students per class. It was interesting to see that students had already been exposed to the topic “Cell” in the classroom as I didn’t get a chance to learn about it when I was a student at their age. As a student, I just saw a cell once I reached class 10. So, it was fascinating to observe the young students studying the topic earlier nowadays.  We had portable microscopes with us along with some scientific equipment (like glass slides, dyes and everything we needed to look at cells). Students were interested not only to observe the shape of the cells and different organelles inside it, but also were curious to know about why cells looked the way they look. I especially found out how students were particularly interested in DNA (maybe its influence on popular detective TV serials) and on the origins of life. Most of them were keen to prepare the slides themselves and even curious about different dyes and their characteristics. Students were eager to extract their cheek cells and to see how their cells look like. Furthermore, we had a cell model which clearly showed all the organelles in plant and animal cells. Students carefully took note of the model and tried to replicate it on the paper. This experience clearly showed me that young minds are curious and that being currently deprived of visual tools is hindering their ability to explore the natural world. 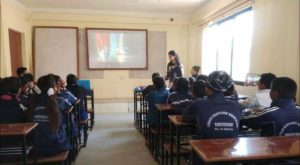 So, if we can stimulate a young student’s brain, they will learn and begin to think from a different perspective. As we had smartphones with lenses attached, students were already imagining taking close-up pictures of ants and wasps once they returned to their native home forests. This not only escalates the excitement among children but the thought that even they can show it to their parents/seniors. In this way, a sense of accomplishment/reward is often gained by the students. And, it is this enthusiasm and their way of thinking which is ultimately needed to develop young brains. I was happy and thankful that I got the opportunity to share this transfer knowledge process with students via the School Learning Program.